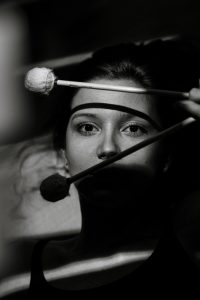 Julianna Kamila Siedler-Smuga, PhD graduated with honors from The Grazyna and Kiejstut Bacewicz Academy of Music in Lodz, with degree Master of Music. She was studying there under direction of  prof. U. Bereźnicka – Pniak and P. Pniak. In 2014 she obtained Master in de Muziek degree (marimba podium) im marimba class of Ludwig Albert and Chin Cheng Lin Koninklijk Conservatorium Antwerpen (Artesis Plantijn Hogeschool Antwerpen). In 2012 she continued education at doctoral studies in her alma mater. In academic year 2011/2012 she get in Erasmus Scholarship Programm and studied in Koninklijk Conservatorium Brussel, where she had plessure to meet and work under direction of G. Franҫois, B. Quartier and B. Bouckaert. In 2013 she get to semifinals of International Marimba Competition in Opole, in 2014 she passed preeliminations to International Marimba Competition in Bamberg, she also took a part in the Yamaha Scholarship Competition 2013.

Julianna during all years in her alma mater she was member of chamber music group Percussion Studio, she cooperated with Big Band of The Grażyna and Kiejstut Academy of Music in Lodz under direction of prof. J. Delong. She is interested in contemporary music, that’s why she is constantly in contact with polish composers, which are creating new music: K.Knittel, A.Zagajewski, N.Fukuoka, W.Blecharz, T.Goliński,  M.Śniady, M.Gładysiak, K.Krzewiński, A.Sowa. Julianna Kamila is still performing their compositions, they are writing music specially for her (e.g. K.Krzewiński – Glass Wood Plastic, N.Fukuoka – Belgian rare groove & breakbeat, A.Zagajewski – Solid). She also arrange music for her own use.

From academic year 2014/2015 she connect her two passions – for playing percussion and teaching, her success is reflected by winning prizes by her students at region and national area.

From 2014 till 2017 she co-created Equilibri Duo with Tzu Chun Amber Chen, from 2017 she is a founding member of Dalbergia Duo, together with Anna Rutkowska, PhD.

World’s premieres (dedicated to and comissioned by Julianna): 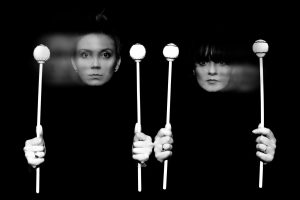 Dalbergia Duo (Anna Rutkowska & Julianna Siedler Smuga) is a unique female marimba/percussion duo from Poland established in 2017.
Dalbergia Duo perform a variety of musical styles and genres including both pieces already written by great world known composers of classical and contemporary music, and those commissioned by the Duo. They actively cooperate with composers of the young generation, building new sonic vocabulary for marimbas. They also give new life to the “classics” written for other instruments inter alia piano compositions by Polish masters Karol Szymanowski or Ignacy Jan Paderewski. 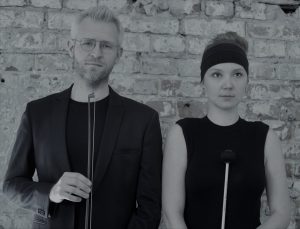 Julianna Siedler – Smuga and Wojciech Koprowski contemporary music project inspired by work Glass Wood Plastic by Kuba Krzewiński. That work was dedicated to Julianna and was a part of her doctoral thesis. 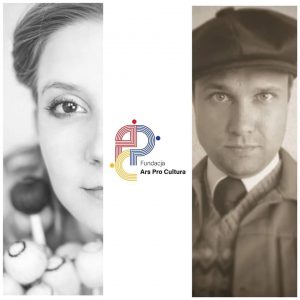 Project of Julianna Siedler – Smuga and Artur Łukawski  is a percussion impression of collected artistic experience. Together they create percussion improvisation played not only on percussion instruments, but also with junk percussion and common used objects. They take the audience to musical journey with the softeness sounds. Both artists cooperate with  Ars Pro Cultura Foundation. 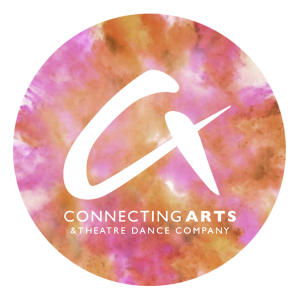 Julianna’s cooperation with Connecting Arts & Theatre Dance Company is presented by creating music for choreography performances and Connecting Arts events. Music is based the most on different kinds percussion instruments improvisation and live sounds creating in DAW, but also electronic music compositions and sound mix and mastering. The letest projects:spring SPLOT 2021 and performance “Red Tower” in concept by Daria Szymańska.